Some 18 million Britons are expected to hit the road over the August Bank Holiday weekend, with many programming their sat-navs to take them to picturesque coastal towns with beaches.

But drivers are being warned that there are some seaside locations where councils crackdown hard on motorists who breach parking rules.

New research has revealed which of Britain’s beaches were patrolled most last summer, with a list of the top 10 that issued the highest volume of parking tickets worth an estimated £2.5million in total.

Fine beaches to visit: Churchill Car Insurance said these are the 10 beaches motorists need to make sure they don’t breach parking rules over the weekend because the councils come down hard on drivers who fail to pay and display

With this weekend being the first Bank Holiday since lockdown where travel restrictions have been relaxed, Britain’s beaches could see a daily average of almost 387,000 visitors, leaving beach-side parking spaces at a premium and, in many places, at a shortage, says a new report.

Churchill Car Insurance issued a freedom of information request to 96 local councils bordering coastlines to discover how ticket-happy they are in their busiest seaside spots.

Three quarters of the authorities (72 in total) responded with usable data, which showed that 64,700 parking fines worth £2.5million were handed out to motorists between June and September 2019.

The average value of a parking fine at a seaside car park or surrounding area in 2019 was £38, accounting for tickets that were either successfully appealed or unpaid, the study found. 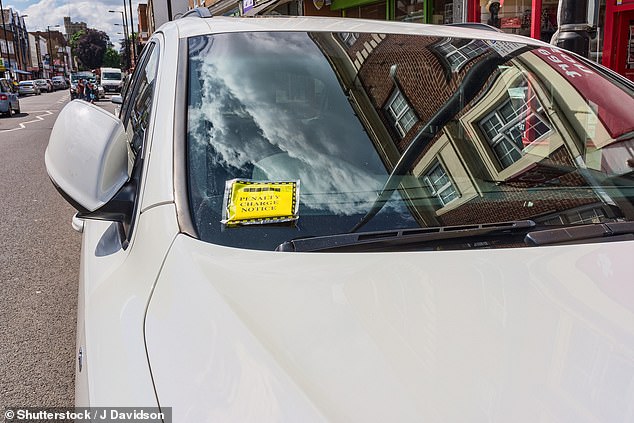 Some 64,700 parking fines worth £2.5million were handed out to motorists heading to the seaside between June and September 2019, the investigation found

Bournemouth Christchurch and Poole Council were the beach-side parking ticket hotspot during the 2019 summer months, with 3,105 issued by the authority last year along its 15 miles of stunning coastline.

The most-visited beach in the area is Hengistbury Head Beach, where drivers are warned to adhere to parking restrictions, ensure they enter their vehicle details into pay-and-display machines correctly and return to their cars before their designated period runs out. 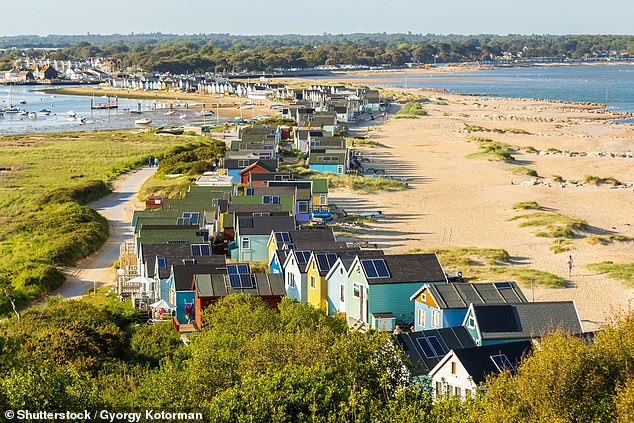 Motorists are being warned to take extra care if they’re visiting Hengistbury Head beach on the south coast, as the local authority tops the list for handing out the most parking tickets

While the volume of parking tickets issued during the summer months are calculated to amount to £2.5million, these councils are said to be pocketing almost £68million in fines all year round.

Figures provided to the Churchill show a total of 1.7 million tickets were handed out by these beach-side councils to drivers who broke parking rules or left their cars for longer than the allotted times throughout 2019.

Brighton Beach is among the top five seaside spots where the most fines were handed out last summer.

This isn’t much of a surprise, given the extortionate cost of parking close to the seafront on the south coast.

For instance, to pay on the day for one hour at Brighton’s Russell Road NCP Car Park, drivers will need to part with £6.

And to use the car park for four hours or longer, the price jumps to a massive £32.

This expense may help explain why 19 per cent of drivers polled by Churchill said they would be willing to run the risk of a fine in order to get a good parking spot to fully enjoy their day at the seaside. 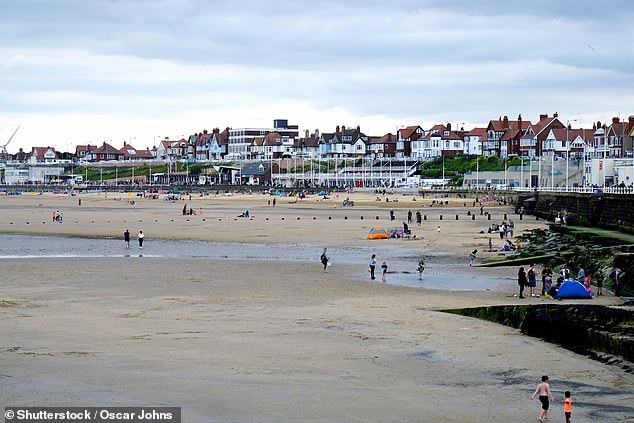 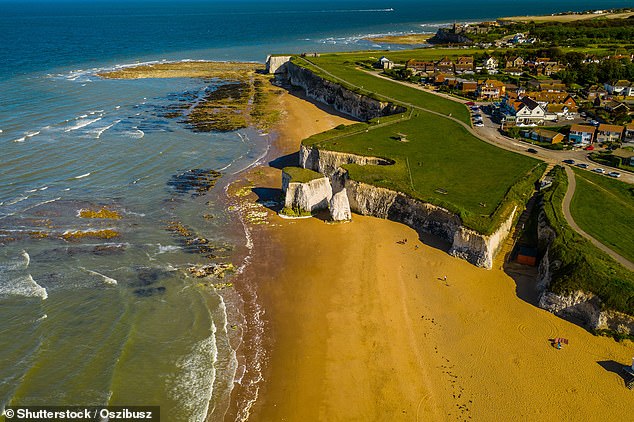 Third on the list is Botany Bay in Thanet. which is between Margate and Broadstairs on the east coast

The survey of 2,003 motorists found that nine per cent would risk a fine by parking illegally in a quiet area, while a further six per cent said they’d take a chance if they’d travelled a long way to get to their beach destination.

For six per cent of drivers, the risk of parking illegally is lessened by their belief that Covid-19 will reduce the number of active traffic wardens operating.

Another five per cent admitted they would be more likely to park illegally if they saw a large number of other motorists doing the same.

Jane Morgan, business manager at Churchill Car Insurance, said: ‘With limited parking spots available we would urge drivers to remain respectful of parking restrictions and to only park in allocated spaces.

‘At busy times, it’s worth researching back up parking options in case a prime sea front spot isn’t available.

‘In order to comply with social distancing measures, we would encourage people to consider less popular destinations as the well-known spots can get overcrowded.’ 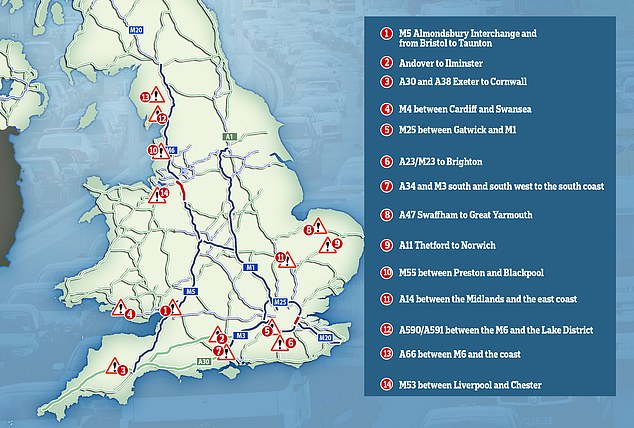 Drivers have been warned they face traffic chaos over the Bank Holiday weekend with 18million cars taking to the roads for families’ last chance to enjoy a staycation (pictured: a map showing some of the sections of roads expected to be the busiest over the weekend)

Drivers have been warned they face traffic chaos over the Bank Holiday weekend with 18million cars taking to the roads for families’ last chance to enjoy a staycation.

The RAC is predicting ‘bumper-to-bumper’ traffic in some areas as Britons head on day trips and last-gasp holidays before many return to the office next week.

But the AA suggested that while many roads will be busy, traffic volumes are likely to be reduced due to events not taking place because of the coronavirus pandemic.

Should you back a unicorn tycoon? The tech bosses who’ve made fortunes