B&Q and Screwfix owner Kingfisher is keeping stores open in the UK despite shutting its French and Spanish stores due to Covid-19.

The multinational retailer says it has taken significant mitigation measures though to ensure staff and customers are safe while minimising the inevitable impact on trade.

These include capping the number of people in a store at any one time, instituting social distancing measures and cutting opening hours. It has also bulked up its online home delivery and click & collect systems.

Its Brico depot stores in Portugal and Romania, Castorama outlets in Poland and Russia, and B&Q shops in the Republic of Ireland are staying open as well.

The company’s full-year preliminary financial results have also been delayed by at least a fortnight following guidelines from the UK’s Financial Conduct Authority (FCA).

Kingfisher was due to announce its results tomorrow. But the FCA said that to publish such statements at this time was ‘adding unnecessarily to the pressure on companies and the audit profession at this moment.’

The company has created central and retail business crisis committees to respond to risks arising from COVID-19, both to its workers’ health and its sales. 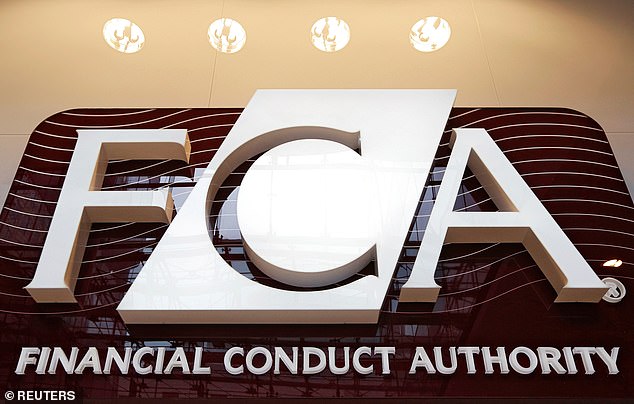 Kingfisher was due to announce its results tomorrow. But the Financial Conduct Authority said that to publish such statements at this time was ‘adding unnecessarily to the pressure on companies and the audit profession at this moment’

‘Kingfisher is committed to supporting local authorities and governments to managing the COVID-19 pandemic. As further government guidelines are released, we continue to implement additional actions to protect the health and safety of our employees.’

Last week, the retailer temporarily shut all its French and Spanish shops after France announced a lockdown and Spain declared a state of emergency.

Kingfisher has shut all 221 Castorama and Brico Depot stores in France until mid-April and its 28 Spanish stores until at least this Sunday.

It stated that group sales in the third week of March were ‘severely impacted’ by the closure, plummeting 22 per cent overall, including a 98 per cent drop in France.

But despite these stores halting trading, the firm reported an increase in like-for-like sales in February and the first two weeks of March.

E-commerce sales have soared meanwhile, by almost 30 per cent in February, 23.1 per cent in the first week of March, and 26.3 per cent the week after.

Almost all of Kingfisher’s vendors’ factories in China have also reopened.

At the same time, it says the risk to product availability is ‘manageable’ despite vendor factories being shut in Italy, one of the countries most affected by the coronavirus.

Kingfisher’s boss Thierry Garnier said: ‘We are very conscious of the anxiety that the outbreak is causing for our colleagues and customers and we’ll do everything we can to support them.

‘At the same time, we are working hard to minimise the impact on our business and financial performance.

‘These are unprecedented times,’ Garnier added, though he stated optimistically: ‘We’ll get through them and, when we do, we are as a team committed to returning Kingfisher to growth.’

Analysts warn of ‘institutional exhaustion’ with Bitcoin price back below $32K

Superdry founder urges shareholders to vote for his return

A foreign exchange fee was added on after I made a...