‘I’m not a cheap w****’: Tyson Fury insists he cannot be bought and won’t allow ‘Bronze B*******’ Deontay Wilder a chance to fight Anthony Joshua or Andy Ruiz Jnr

By Jack Kinnersley For Mailonline

Tyson Fury insists he is not a cheap w**** and won’t step aside to let Deontay Wilder fight the winner of Anthony Joshua‘s rematch with Andy Ruiz Jnr.

The British heavyweight is due to fight the American in February but Wilder has said he wants to face the holder of the WBA, IBF and WBO crowns so he can put all four belts on the line against Fury.

Fury, however, is not going to lie down easily.

The British heavyweight, Tyson Fury, is due to fight the American, Deontay Wilder, in February

Fury told the Mirror: ‘I have heard about him saying he wants to pay me some step-aside money but I’m not a cheap w****, I’m very expensive, and I don’t really want to step aside from anything.

‘A few more pound coins in my pocket is not going to make me or break me.

‘I wouldn’t take £50million step-aside money because it doesn’t mean that much to me, I only care about winning and victory.

‘Wilder doesn’t want to fight me. 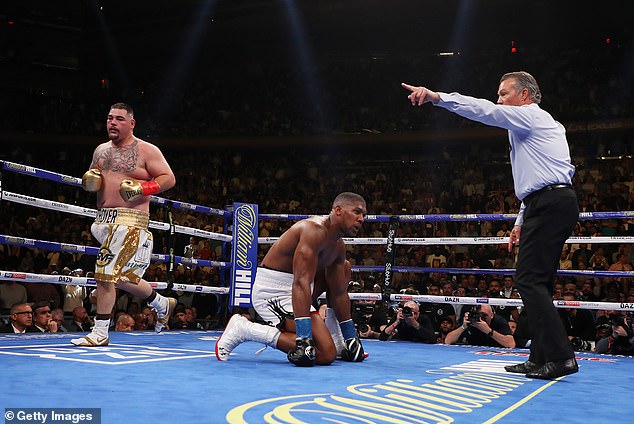 ‘I’m not interested in fighting him if he’s got 104 belts. I only want to beat Deontay Wilder the person, not the man who is holding the belts.

‘When you’ve won all the belts like I have — and belts are fantastic, lovely things to have, to hold, to win — it’s about more than a belt between me and Deontay Wilder.’

Fury also came up with a new nickname for his February opponent as he told CBS Sports: ‘Deontay ‘Bronze B******s’ Wilder is a dosser and he knows he is.’

Kai Havertz delighted to have got on the scoresheet for Chelsea...

Mikel Arteta admits Arsenal MUST ‘turn things around or will be...