‘I am busy this year’: Manny Pacquiao rules out Amir Khan showdown as he claims next fight will be in 2020 after victory over Keith Thurman

Pacquiao, 40, became the oldest welterweight champion in history by defeating Thurman in a split decision at the MGM Grand.

Khan claimed earlier in the week that he and Pacquiao had both signed up for a fight in Riyadh, Saudi Arabia on November 8.

But after clinching the 62nd win of his 71-fight professional career against previously-unbeaten American Thurman, Pacquiao said he did not expect to step back into the ring again this year.

Pacquiao, who defeated Adrien Broner in January and has not fought three times in the same year since 2008, is a senator in the Philippines.

‘I think my next fight will probably be next year because I am busy this year,’ Pacquiao told Fox Sports in his post-fight ring interview.

‘After this fight I am going back to the Philippines to start working in the Senate.’ 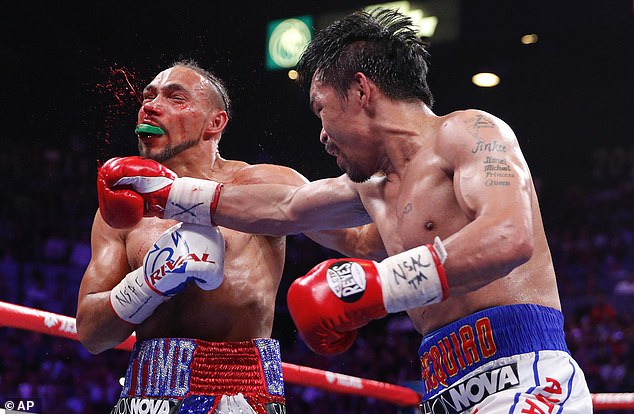 Pacquiao said he planned to be ringside for the welterweight world unification fight between Errol Spence Jr and Shawn Porter in Los Angeles in September.

Britain’s two-time world champion Khan bounced back from his defeat to Terence Crawford in April by winning the WBC international welterweight title after stopping Billy Dib in Jeddah last week. 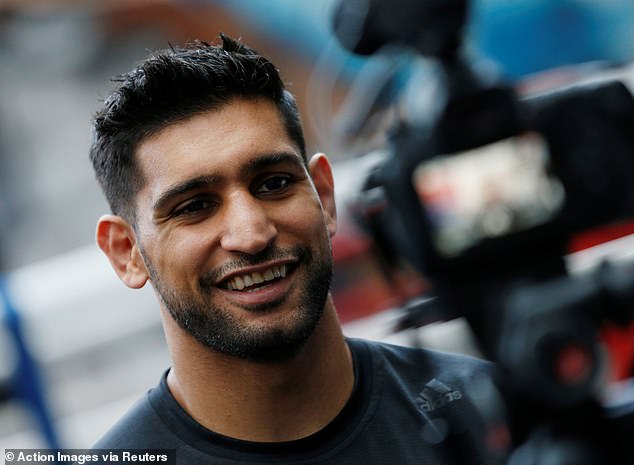 ‘Hopefully it could be the Manny Pacquiao fight, we have both signed and the fight is done and hopefully he gets past his fight on the weekend then we go and do that fight.’

Pacquiao knocked down Thurman in the opening round of Saturday’s clash but ended up having to go the distance before overcoming the reigning WBA super champion.

Two judges scored the fight 115-112 in favour of the eight-division world champion, with the other finding in favour of American Thurman, 114-113. 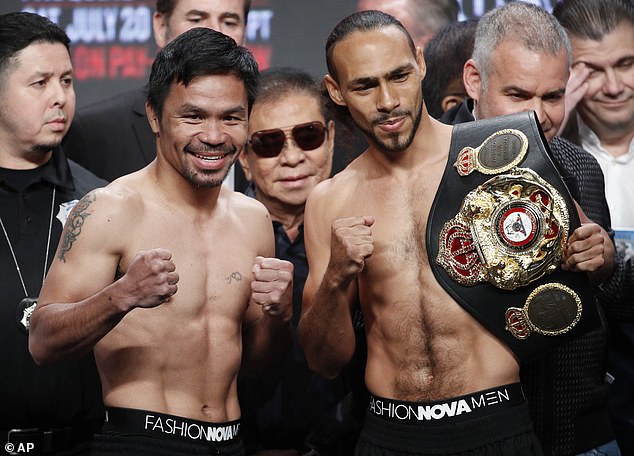 Alabama’s Nick Saban gets cranky with media: ‘Did any of you play sports?’