A rare clay seal found in Jerusalem may help to firm up the existence existence of the Old Testament’s King Josiah.

Nathan-Melech, a high-ranking official in the court of King of Judah, is named in the inscription of one of the tiny clay seals.

Melech is mentioned briefly in the second Book of Kings in the Hebrew Bible as one of Josiah’s officials.

The only evidence for King Josiah as a historical rather than mythological figure comes from the Bible, with little supporting archaeological evidence.

The seal was found inside a two-storey office building which experts say was burned down by the Babylonians when they conquered the city in 586 BC.

It was found alongside another stamp who experts have been unable to identify from the bible, but who may have been a farmer.

Both discoveries shed more light on this period of ancient history, as some scholars claim this was when the first writings of the bible were created.

Nathan-Melech, a high-ranking official in the court of King of Judah, is named in the inscription of one of the tiny clay seals (pictured). It was found inside a two-storey admin building which archaeologists say was burned down by the Babylonians 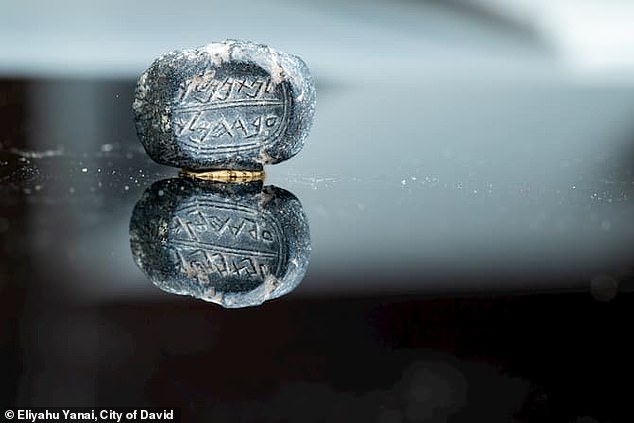 It was found in October 2018 and has just been announced after extensive analysis and various translation attempts. Yuval Gadot, a professor at Tel Aviv University and a veteran excavator at the site, says this is a special find

The items are known as bullas, thin pieces of clay used to keep rolls of papyrus neatly bundled up.

They was found in October 2018 and has just been announced after extensive analysis and various translation attempts.

Yuval Gadot, a professor at Tel Aviv University and a veteran excavator at the site, says this is a special find.

‘This bulla connects to a whole context, a whole world, that we have been uncovering in this spot,’ he said.

Hebrew words reading LeNathan-Melech Eved HaMelech were found on one of the objects.

It translates to ‘[belonging] to Nathan-Melech, Servant of the King,’ the Israel Antiquities Authority announced.

The term ‘Servant of the King’ is often used in scripture of this era to describe a high-ranking official who served as an aide to the monarch.

His name appears once in the bible, in the book of Kings, in relation to religious reform enacted by King Josiah. 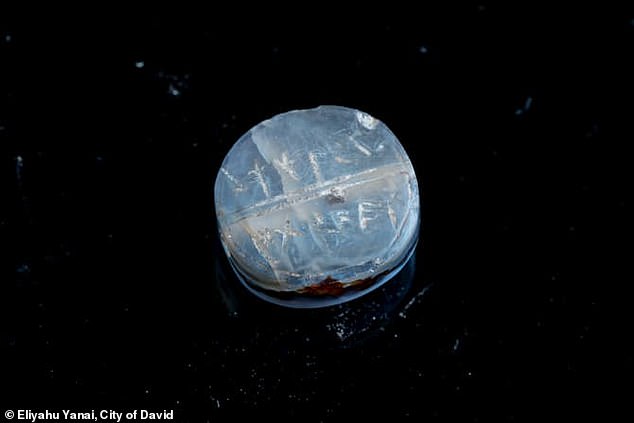 Pictured: The ‘Ikkar Ben Matanyahu’ seal found in the City of David. This features the inscription: ‘LeIkar Ben Matanyahu – ‘(belonging) to Ikar son of Matanyahu’. Historians say the term Ikar often refers to a farmer

Historians say the term Ikar often refers to a farmer, but the context around the message indicates it was likely someone with the name Farmer, and not referring to the profession.

A deeper understanding of who this person was remains unknown.

Dr Gadot’s research forms a small part of a wider project which has been ongoing for 150 years – the mission to unearth the City of David.

The version of Jerusalem written about in the holy book and dedicated to folklore is believed to be what we know as the mythical City of David and also the birth of Jewish civilisation. 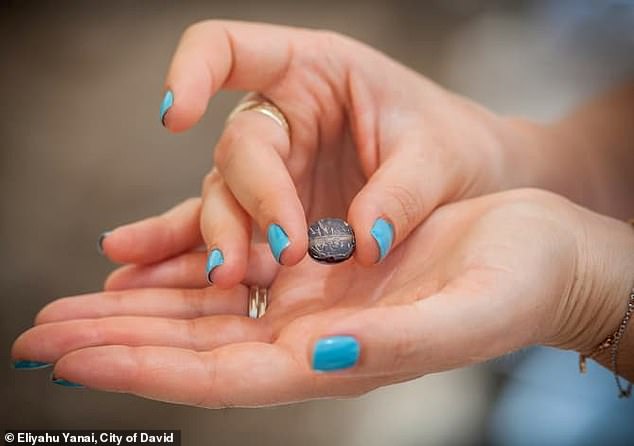 Context around the message on the second clay seal (pictured) indicates it was likely someone with the name Farmer, and not referring to the profession. A deeper understanding of who this person was remains unknown

The finds were made by the Israel Antiquities Authority and Tel Aviv University.

A team was digging underneath what was a car park and found evidence of a large building that once stood in the centre of the Judah kingdom.

A selection of pottery shards, broken pillars and burnt wooden beams were found strewn throughout the site, ‘all indications that they had survived an immense fire,’ the archaeologists claim.

Experts claim this may have occurred when Babylonians torched the city.

‘It is not a coincidence that the seal and the seal impression are found here,’ Dr Shalev added.

This area is thought to be the centre of Jerusalem and was made with elaborate architecture and tiled floors, which helped archaeologists identify its purpose 2,500 years later.

WHO WAS THE BIBLE’S KING JOSIAH?

King Josiah was a seventh-century BCE king of Judah who features in the Old Testament.

He ascended to the throne ages eight, after the assassination of his father, King Amon, and reigned for thirty-one years.

His grandfather Manasseh was one of the kings blamed for turning away from the worship of Yahweh.

According to the Hebrew Bible, in the eighteenth year of his rule, Josiah ordered the High Priest Hilkiah to use the tax money which had been collected over the years to renovate the temple.

Supposed Book of the Law was then found during the renovations.

Some say it was evidence of the Torah but some believe this was either a copy of the Book of Deuteronomy or a text that became a part of Deuteronomy. 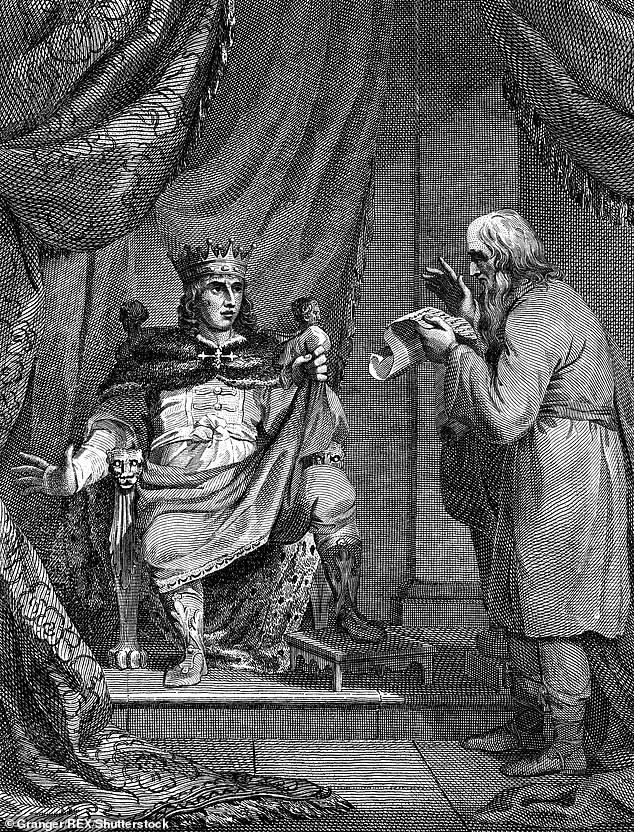 King Josiah (pictured) was a seventh-century BC king of Judah who features in the Old Testament. Evidence of his royal aide was found in October 2018 and recently revealed by the Israel Antiquities Authority

Gary Neville calls on Premier League to use mega riches to...