The 31-year-old former Germany international, who is a Bayern youth academy product, had rejoined the Munich club a year ago after spells at Werder Bremen, Hertha Berlin and Hoffenheim among other clubs.

A 2009 European champion with Germany’s Under-21 team that included a string of subsequent worlds champions, including current Bayern team-mates Mats Hummels, Jerome Boateng and Manuel Neuer, Wagner had a less illustrious career. 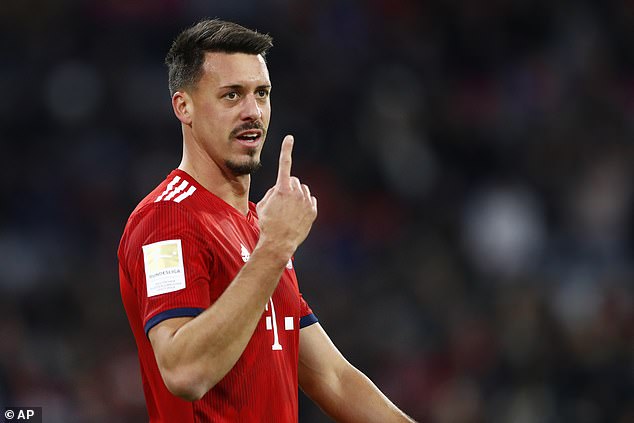 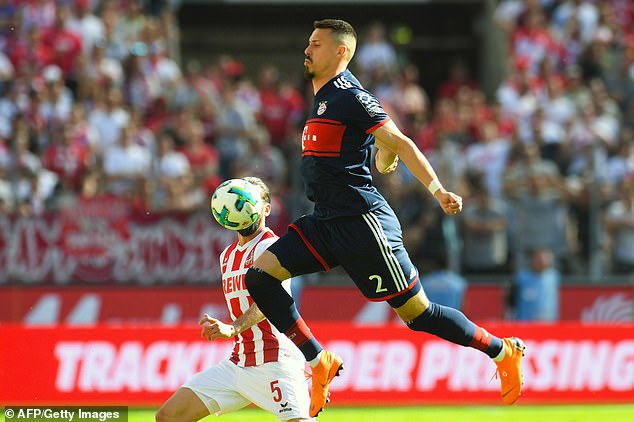 He earned his first senior cap for Germany in 2017 but he failed to make the cut for the 2018 World Cup squad, prompting his international retirement.

‘Sandro Wagner came to us and asked to be released (from his contract running to 2020),’ Bayern sports director Hasan Salihamidzic said in a statement. ‘He has a very attractive offer from China.

‘We thank Sandro and wish him all the best and lost of success in China.’ 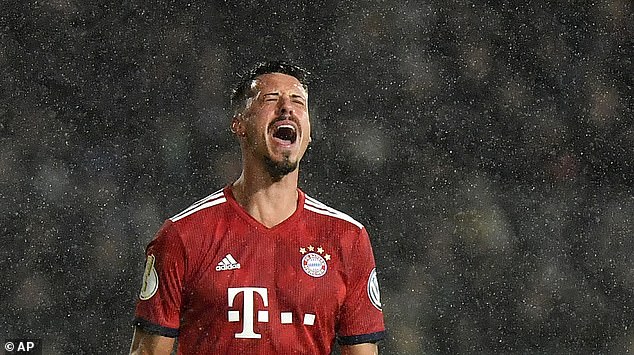 In his 180 Bundesliga matches for all clubs, Wagner scored a total of 44 goals

Wagner spent 11 years in Bayern’s junior teams before making his professional debut with the senior team in 2007. He left in 2008 only to return last January.

He has scored 10 goals in his 34 games in all competitions with Bayern but failed to earn regular playing time under current manager Niko Kovac this season.

In his 180 Bundesliga matches for all clubs Wagner has scored a total of 44 goals, winning two titles with Bayern.

Jordan Spieth and Patrick Reed bury hatchet in front of the...

NFL will discuss broader use of instant replay after Rams-Saints no-call,...