‘We are not going to take risks and less so with Leo’: Barcelona boss Ernesto Valverde insists Lionel Messi will miss La Liga opener against Athletic Bilbao

Lionel Messi will be absent when Barcelona kick-off their La Liga campaign against Athletic Bilbao, according to Ernesto Valverde.

The Catalan giants take on Bilbao on Friday night away from home as they look to start off the defence of their league title in style.

But they will be without key man Messi, who was an injury doubt for the La Liga opener anyway with a calf injury.

The fixture will be the first season opener that the five-time Ballon d’Or winner has missed for 10 years.

‘We are not going to take risks and less so with Leo,’ Valverde said in a press conference reported by Marca.

‘He hasn’t trained yet with the team. We will wait, but he is following a fairly good recovery process.’

Valverde will be desperate to have Messi fully fit when his reigning champions take on Real Betis at the Nou Camp on Sunday, August 25. 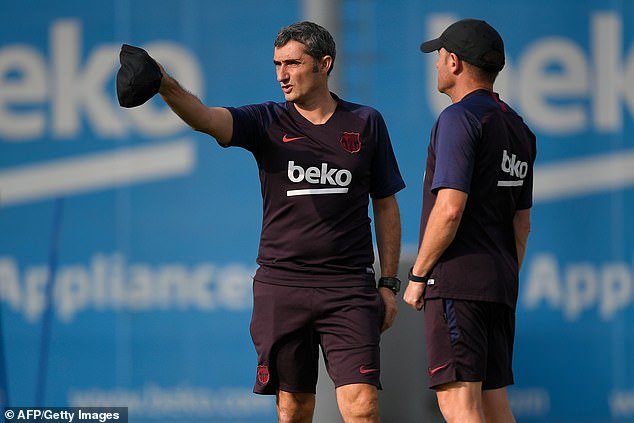