Travis Head and Marnus Labuschagne missed individual centuries but forged Australia’s highest partnership of the summer to earn the hosts a handy first innings lead against Sri Lanka on day two of the series opening day-night Test on Friday.

Their 166-run stand powered Australia to 323 in reply to Sri Lanka’s first innings total of 144 and Pat Cummins struck with the final ball of the day to reduce the tourists to 17 for one at stumps at the Gabba.

Lahiru Thirimanne was batting on six, having lost opening partner Dimuth Karunaratne to Cummins for six with Sri Lanka trailing by 162 runs. 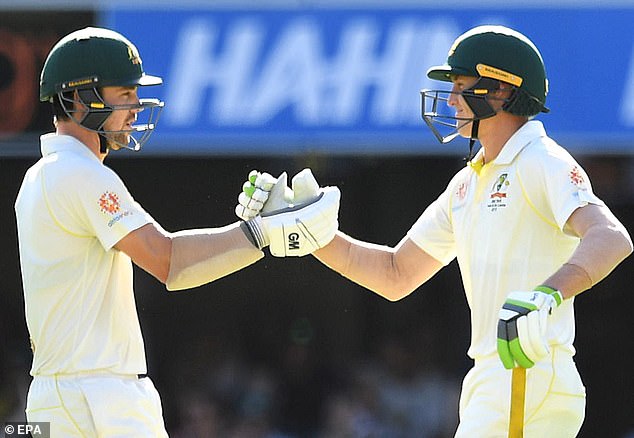 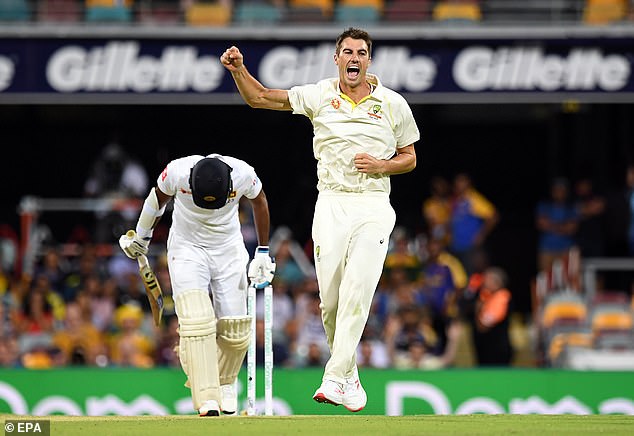 ‘(It was) a massive wicket’, said Head after play. ‘It’s nice to get them one down and break the left-handers up.

‘I think the way Jhye (Richardson) and Pat bowled against the right handers on Thursday by swinging the ball away means we can put them under real pressure in the morning.

Head (84) and Labuschagne (81) featured in a 166-run stand for the fifth wicket, surpassing the 112-run stand between Marcus Harris and Aaron Finch in the Perth test against India as Australia’s best this season.

‘I think the way myself and Marny (Marnus Labushagne) built that partnership put them under pressure to bat for a long period of time and put us in a commanding position,’ Head said. ‘I think that’s the more pleasing aspect of today.’ 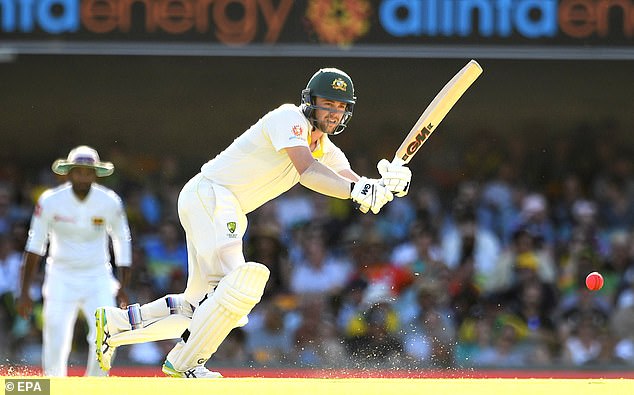 Resuming at 72-2, Harris (44) could only add four runs to his overnight score before offering a simple catch to Lahiru Thirimanne off Lahiru Kumara in the first over of the day.

Nightwatchman Nathan Lyon also departed soon after for one, leaving Australia on 82-4 when Labuschagne and Head steadied the innings, both bringing up their half centuries in the middle session.

Labuschagne, playing in his fourth test, scored his maiden test half century in 97 balls with three boundaries after taking 20 balls to get off the mark.

Head scored his fourth half-century off 109 balls, with six boundaries, but was fortunate to survive on 29 when he was dropped by wicketkeeper Niroshan Dickwella off Suranga Lakmal (5-75).

Labuschagne looked set to score Australia’s first century since Usman Khawaja’s 141 against Pakistan in October but he chipped straight to mid-wicket off Dhananjaya de Silva. 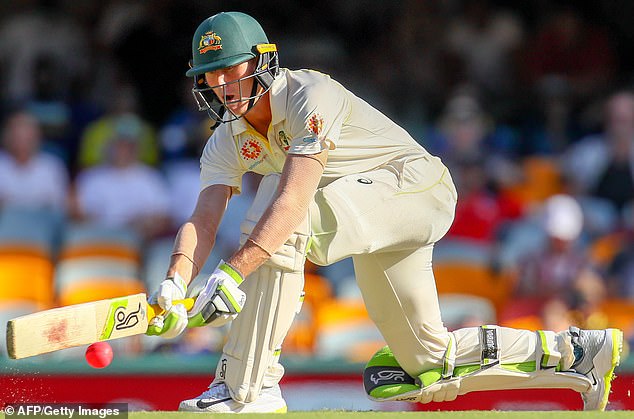 Head’s tilt at a breakthrough hundred also ended in heartbreak as he was trapped lbw by Lakmal.

‘I don’t think we are far away from a batter getting a big score, said Head, who has scored four half-centuries in seven matches. Guys are spending time out in the middle and starting their innings really well.

‘It just takes one guy and we go on and get that roll on.’

Next ball, Lakmal had Tim Paine edging through to Kusal Mendis who took an excellent diving catch at slip. 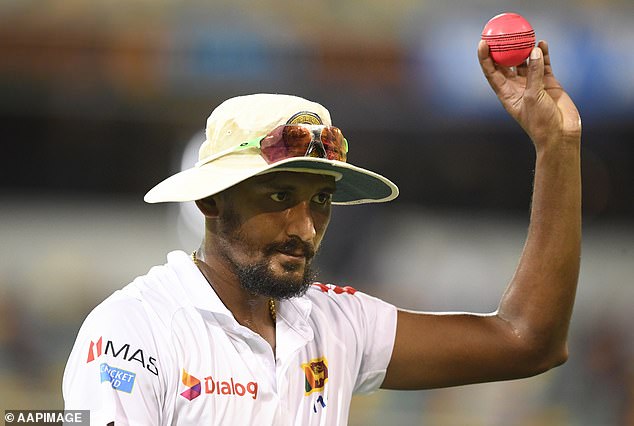 Kurtis Patterson played some impressive strokes to make 30 on debut before he became Lakmala’s fifth wicket.

‘I treasure the Australian five (wickets) more than the New Zealand one because I always had a dream of achieving a five-wicket haul in Australia and it’s a dream come true,’ said Lakmal through an interpreter.

UFC 254: Georges St-Pierre expects Conor McGregor to be offered Khabib fight ahead of him | UFC | Sport