Arsenal have completed the £540,000 signing of teenage centre back Omar Rekik from German side Hertha Berlin.

Rekik trained with the club’s Under 23s on Wednesday at their London Colney base before Gunners boss Mikel Arteta admitted the deal would be announced ‘very soon’.

And the Gunners confirmed the expected news on Thursday afternoon, announcing the 19-year-old – who in fact moved to London three weeks ago – will initially join up with the Under 23s squad after signing his professional contract.

After completing his deal, Rekik told Arsenal’s official website: ‘It feels great to be here after a long time of hard work. It feels great. I moved in three weeks ago and I’ve been in quarantine, so I can’t wait to get started.’

When asked why he choose Arsenal, he replied: ‘The warmth of the people and the interest that they showed in me, and of course, when a club like Arsenal is interested, I don’t think anyone needs to think twice.’

Rekik, who has been tipped for a bright future, is a ball playing centre back and is equally comfortable on either side.

Rekik, who was born in the Netherlands, has played internationally at youth level for both Holland and Tunisia. 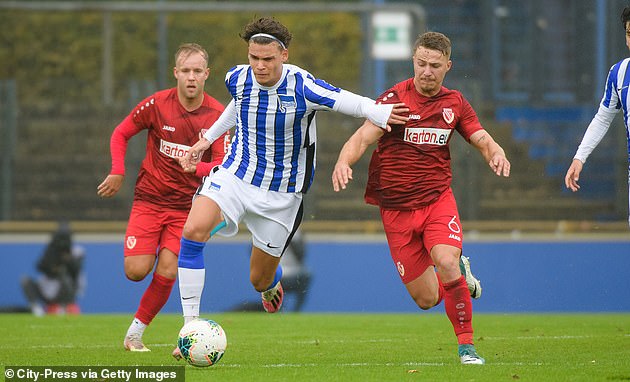 Rekik, who is a ball playing centre back, has joined from Bundesliga outfit Hertha Berlin

Prior to moving to Hertha Berlin, the defender had spent time at Feyenoord, Manchester City, PSV Eindhoven and Marseille.

Arsenal had reached a deal with Hertha Berlin to sign Rekik for £900,000 on the final day of the summer transfer window. However, the switch was not signed off in time forcing, both clubs to hold off until January.

And Arteta has since revealed his excitement about snapping up the young centre back for the future. 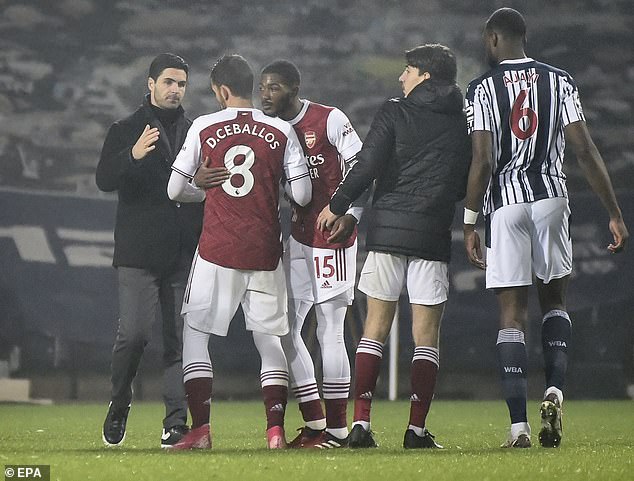 When quizzed on the impending transfer, Arteta said: ‘He’s a young talent that we’ve been following for a while that we believe has a really bright future. But we will give more details when we can.’

Rekik has not yet made a senior appearance for a club – having only represented  Hertha Berlin at youth level.

The 19-year-old has, however, been exposed to the match-day experience, having made the bench on three occasions.

Per Mertesacker, current Arsenal academy coach, is said to have played a key part in making the deal happen between the Gunners and Rekik.

Maddison insists Leicester will continue to do their ‘business in the...

Pep Guardiola admits he would love to take Manchester City on...