Apple has quietly removed reviews and product ratings from its online store, leaving customers in the dark on complaints and issues.

Appleinsider notes that the change appears to have taken place over the weekend and has been noted in the U.S., U.K., and Australian online stores.

The outlet notes that the ubiquity across the company’s stores suggests the move is likely not an accident but a pointed choice by the company.

Apple has yet to comment on the decision publicly and a request for comment from MailOnline has not been responded to before time of publication.

Appleinsider notes that some of the reviews on the company’s online store were know for being particularly negative and were allowed to appear on the site regardless – a sign of relative transparency from Apple.

The move may make it more difficult for customers to suss out whether a particular Apple product is worth buying, in particular products like the company’s 3.5 mm jack headphone adapter. 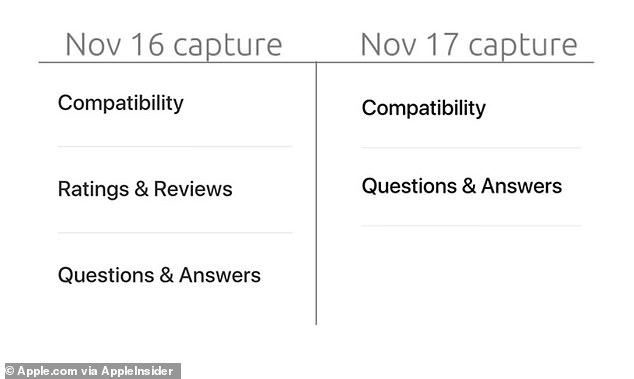 Pictured above is a screen shot of what the online store used to look like (left) and what it looks like now (right). Notably absent is a tab for ‘Ratings & Review.’ 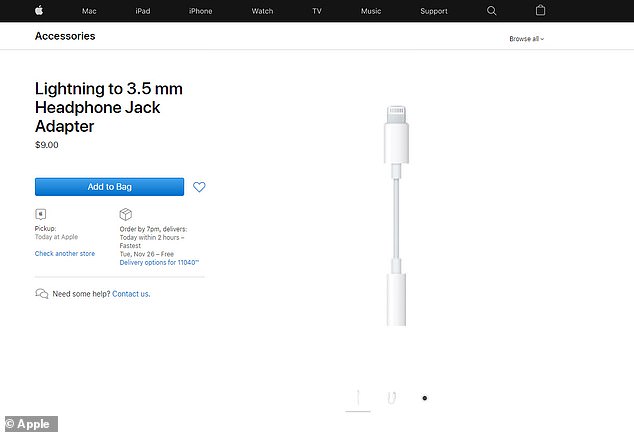 As noted by The Verge, Apple’s adapter – which allows customers to connect headphones with traditional jacks to their device using the lighting port – had more than 700 one-start reviews from customers.

Adapters were notoriously prone to breaking after short periods of use which likely contributed to the low ratings.

Now, customers buying merchandise through Apple won’t be able to see those reviews, increasing the likelihood that someone may buy a low-quality or historically faulty product.

Travellers at Gatwick airport will have their cars parked by ROBOTS