Apple’s highly-anticipated iOS 13, which the company claims is ‘on a whole new level’ has launched.

iOS 13 will be available for the iPhone 6S and later handsets, and is packed with an array of changes – such as picture editing, menstrual tracking and improved privacy features.

The release of iOS 13 comes shortly after Apple unveiled its new iPhone 11 smartphones, which are set to hit stores on Friday this week.

iOS 13 will be available for the iPhone 6S and later handsets, and is packed with an array of changes – such as picture editing, menstrual tracking and improved privacy features

Apple is going big on privacy this time around with a host of new features designed to give users more control over their data.

The update will enable you to control your location data by granting or denying certain apps access to your location.

A pop-up notification will appear when an app is using your location in the background.

The notification also shows a map of the location data the app has tracked and you can choose to let it follow you at all times or only when you are using the app.

App launch speeds will also be twice as fast, thanks to downloads shrinking by 50 percent and updates by 60 percent.

iOS 13 will also get ‘Dark Mode’, which has long been available among its many competitors.

It boasts an inverted color palette for a sleeker design that’s easier on the eyes.

In addition, iOS 13 will include a newly-designed share sheet and brings updates for Safari, Mail, Notes, and Reminders.

‘Reminders is now smarter, and can guess when to remind you of certain tasks.’ 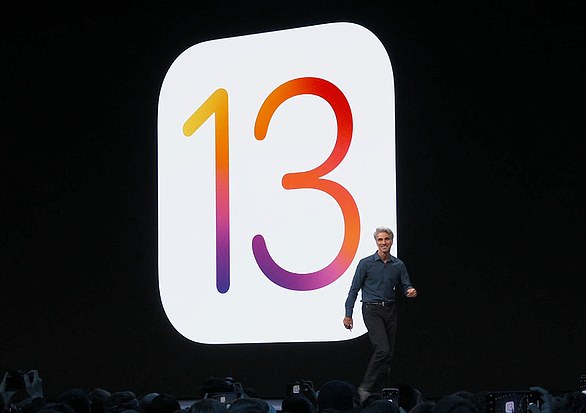 Apple’s iOS 13 will be available for the iPhone 6s and later handsets, and is packed with an array of changes – such as video editing, menstrual tracking and improved privacy features.

Apple’s Photo app is also getting smarter, and will soon automatically separate your screenshots from your main images.

Apple Maps is also getting a major overhaul slated to become available by the end of 2019, with a focus on keeping things ‘private and secure.’

This will include a new favorites section for different locations, shareable lists, and personalized lists based on your trips.

And your location data will now come with more protections.

‘For the first time you can share your location with an app just once and then require it to ask again the next time it wants it.

‘And if you do choose to grant an app to continually monitor your location in the background, we’ll give you reports on what they’re up to.

‘Some apps try to infer your location through Bluetooth connections, etc. We’re shutting the door on that abuse as well.’

The system will also act as a watchdog by notifying users when an app is using your location in the background with or without your permission.

And there are controls that will block apps from accessing your location without your permission while the smartphone is connected to Wi-Fi and Bluetooth.

Late last year, Apple CEO, Tim Cook, endorsed tough privacy laws for both Europe and the U.S., and renewed the technology giant’s commitment to protecting personal data, which he warned was being ‘weaponized’ against users.

‘Our own information, from the everyday to the deeply personal, is being weaponized against us with military efficiency,’ Cook said at the 40th International Conference of Data Protection and Privacy Commissioners in 2018. 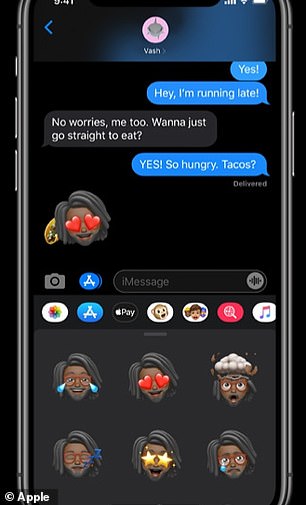 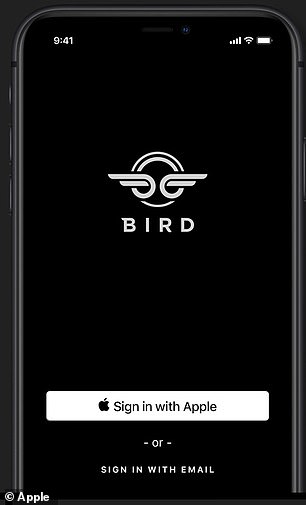 You can now generate sticker packs based on your Memoji and Animoji characters that allow you to express a of emotions in Messages (left).  You can use your Apple ID (right) instead of filling out forms or creating new passwords. Just tap ‘Sign in with Apple,’ use Face ID or Touch ID, and you’re all set

‘Every day billions of dollars change hands and countless decisions are made on the basis of our likes and dislikes, our friends and families, our relationships and conversations, our wishes and fears, our hopes and dreams.’

‘These threads of data, each one harmless enough on its own, are carefully assembled, synthesized, traded, and sold. Taken to its extreme this process creates an enduring digital profile and lets companies know you better than you may know yourself,’ Cook continued.

Apple has also made it easier and safer to sign in to apps and websites.

You can now use your Apple ID instead of filling out forms or creating new passwords.

Just tap ‘Sign in with Apple,’ use Face ID or Touch ID, and you’re all set.

Although privacy is important to the masses, many iPhone users will say that they want a better camera features – and Apple has listened and delivered. 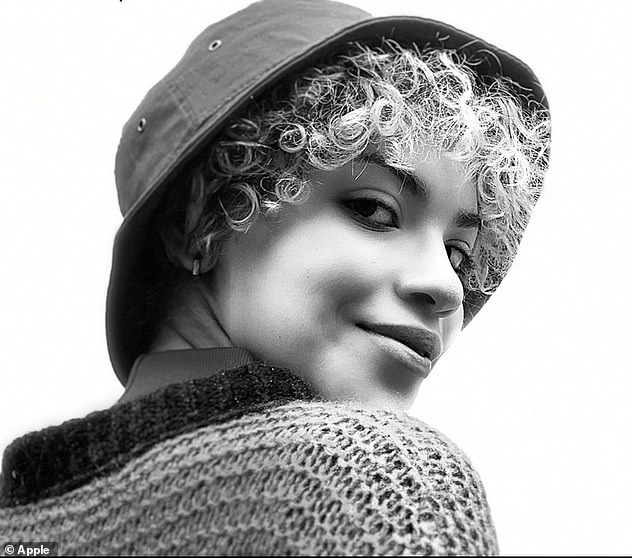 There is also a new Portrait Lighting effect that is designed to ‘create a beautiful, classic look with a monochromatic subject on a white background’, Apple’s feature website states

There is also a new Portrait Lighting effect that is designed to ‘create a beautiful, classic look with a monochromatic subject on a white background’, Apple’s feature website states. 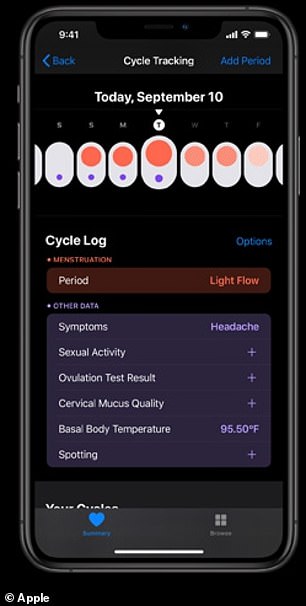 The system now includes a cycle tracking feature that lets users track important data about their menstrual cycle, in addition to a period prediction, allowing them to know when they are likely to get their period over the next three cycles.

And iOS 13’s new health feature will notify users when their next fertility window is.

For the majority of iPhone owners, there is an Oral Health feature that lets you track your tooth brushing time and Activity Trends, which highlights long-term workout progress with key activity metrics, comparing the last 90 days with the last 365 days.

The feature will also help you get back on track if you start to slip with a personalized virtual coach.

Apple had previously teased that iOS 13 would give the iPhone ‘a whole new look’ and it will not disappoint with its new Dark Mode feature, which allows users to switch on a version of iOS that’s colored black and grey.

This version is much easier on the eyes when a user is browsing their phone at night.

There are also new wallpapers specifically designed for the new feature that you can switch between light and dark.

In addition to new features, the iOS 13 operating system is said to be ‘even faster than iOS 12’.

Apple shared that the Face ID now unlocks up to 30 percent faster and apps will launch up to 2x faster than before and be smaller in download size.

Apple had released its new Arcade early for beta users, but can now be accessed by the masses.

The new addition already boasts 100 titles from popular game-makers, including Konami, Capcom, and Annapurna, who are offering titles like arcade classic Frogger, underwater adventure game Shinsekai into the Depths, and Sayonara Wild Hearts, an arcade-style game that developer, Simogo, has described as a ‘euphoric music video dream.’

New games are also expected to be added in the coming weeks, the firm said during a major event this month.

From the tab, users can now either choose to begin a free one-month trial of the service or take the plunge into a subscription which starts at a very competitive $4.99 per month.

Games will be playable on iPhone, iPad, iPod touch, Mac and Apple TV, and they can be played offline.

The service will also allow up to six family members to access one subscription using Family Sharing.

New hypothesis could explain why time seems to fly by as...