Amazon said on Friday it would lead a $700 million investment in U.S. electric pickup truck startup Rivian, in the e-commerce giant’s biggest bet on technologies with potential to reshape the automotive sector.

The deal represents a major endorsement of Rivian’s electric vehicle technology by the world’s largest online retailer, which is looking for ways to boost the speed and reduce the cost of its deliveries.

Reuters reported on Tuesday that Amazon and General Motors were in talks to invest in Rivian. 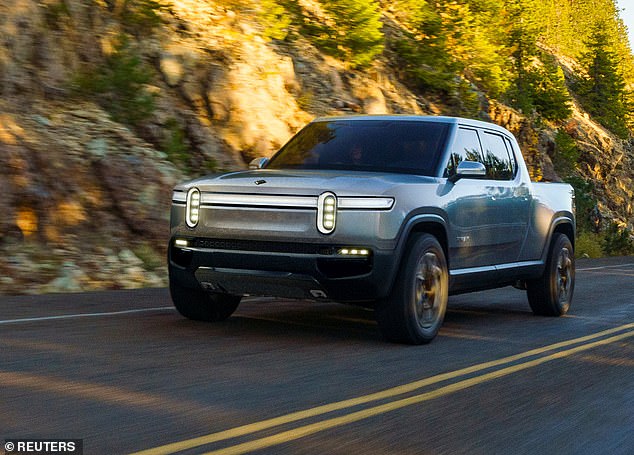 Amazon is leading a $700 million investment in electric pickup startup Rivian, in the tech giant’s biggest bet on technologies with potential to reshape the automotive sector.

Four independent motors – with 200 horsepower available at each wheel

Will have range of about 400 miles

Prices start at just under $70,000 before federal tax credits

GM’s talks with Rivian about an investment are continuing and any deal would be announced at a later date, people familiar with the talks said on Friday.

Rivian could ultimately be valued at between $3 billion and $4 billion, one of the sources said.

The Rivian deal comes as its much larger electric car manufacturing rival, Tesla, struggles to stabilize production and deliver consistent profits as it ramps up its mass market Model 3 sedan.

Tesla CEO Elon Musk told investors in August that an electric pickup is ‘probably my personal favorite for the next product’ from the company.

But he has spoken only in general about a potential launch, saying that it would happen ‘right after’ Tesla’s Model Y, which the company has targeted to start production in 2020.

But the company had piqued Amazon’s interest earlier, according to one of the sources. 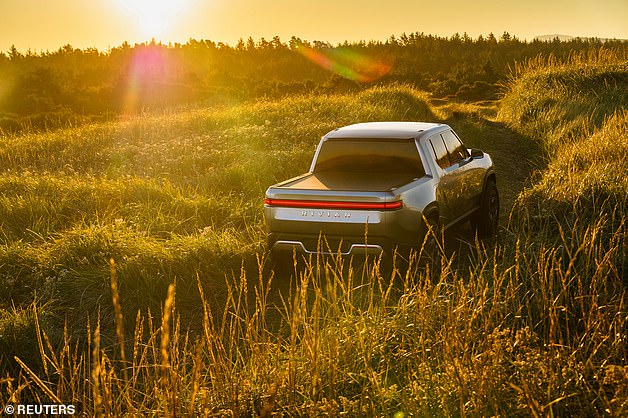 Rivian’s truck will offer a payload of 1,760lbs and a towing capacity of 11,000lbs – attributes more comparable to the Detroit Three’s mid-sized trucks than to best-selling large trucks

Since then Amazon has stepped up its investment in the car sector, participating in a $530 million funding round announced last week in self-driving car startup Aurora Innovation.

Amazon is looking for deals that can speed packages to shoppers’ doorsteps regardless of spikes in consumer demand or shortages of delivery personnel.

Amazon has sought to win customers inside the car as well.

Working with BMW, Ford and Toyota, Amazon has enabled its Alexa virtual assistant to be installed in new models so drivers can dictate what music they want to hear and what tasks they want it to perform, hands-free. 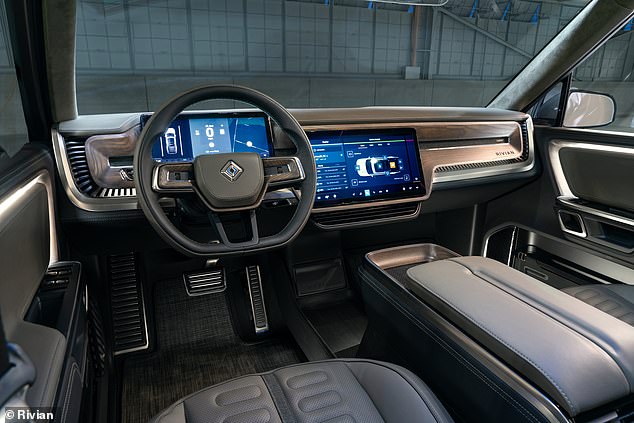 Rivian aspires to be the first to produce a mass market electric pickup. The car uses a huge touchscreen, with a cloud connected service for everything from navigation to health checks 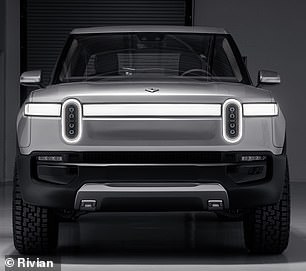 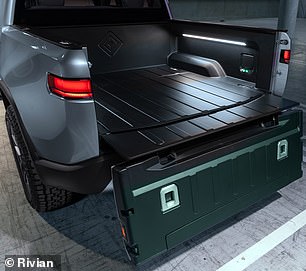 Rivian has not disclosed prices for its truck, but CEO R.J. Scaringe said it will start at just under $70,000 before federal tax credits for the entry-level model

Rivian aspires to be the first to produce a mass market electric pickup. It intends to begin selling its R1T by the end of 2020.

Scaringe has described the Rivian vehicle’s platform as a skateboard that packages the drive units, battery pack, suspension system, brakes and cooling system all below wheel height to allow for more storage space and greater stability due to a lower center of gravity.

He has also said the company plans to partner with outside firms to develop advanced self-driving technology, rather than try to do so on its own.

WHAT IS THE TESLA SEMI TRUCK?

This is not the first expansion of the Tesla range beyond cars, with an electric semi truck planned for production in 2019.

Tesla began accepting preorders for its electric truck in November and revealed it will cost buyers at least $150,000 (£120,000).

Without a trailer, the Tesla Semi achieves 0 to 60 mph in five seconds, compared to 15 seconds in a comparable diesel truck.

Plastic pollution is one of the major health threats to the...

Scientists warn rising temperatures in the Arctic are now ‘locked in’