A late goal from Luis Muriel earned Atalanta a 1-0 win at 10-man Ajax Amsterdam on Wednesday and sent the Italian side into the Champions League knockout stages at the expense of their Dutch hosts.

Ajax needed victory at the Amsterdam Arena to pip their Italian visitors to second place in Group D behind Liverpool but failed to create a decent chance as Atalanta produced an astute performance topped off by a breakaway goal in the 85th minute.

The Italian side finished the group on 11 points, four more than Ajax, who will go into the Europa League. Liverpool were top and Denmark’s Midtjylland bottom. 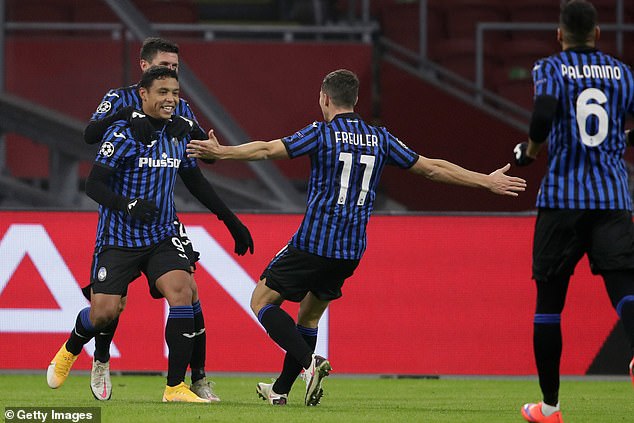 An injury-hit Ajax, missing Daley Blind, David Neres and Lassina Traore, had the best of the possession for most of the match but lacked attacking flair and could not break down the well-organised Atalanta defense.

It wasn’t until stoppage time at the end of the first half that Ajax forced Atalanta’s goalkeeper into action, with 18-year-old Brian Brobbey heading straight at Pierluigi Gollini after good work on the right flank by Antony. 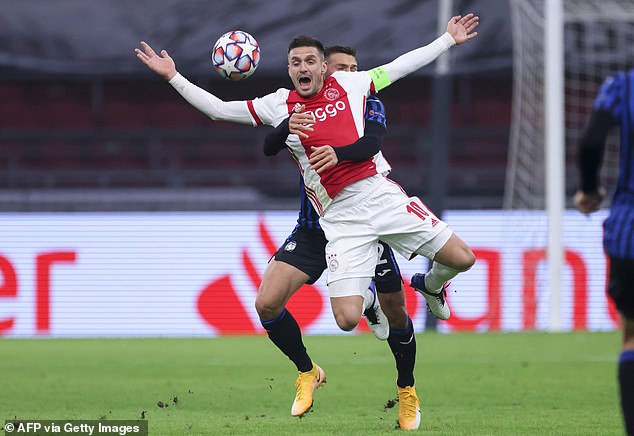 Atalanta looked dangerous on the break but did not manage a shot on target in the opening half, with Netherlands international Marten de Roon’s left foot effort high and wide in the 19th minute the most clear-cut chance.

They were more dangerous after the break, with Noussair Mazraoui blocking a shot by Matteo Pessina in the 66th as gaps opened in the Ajax defense. 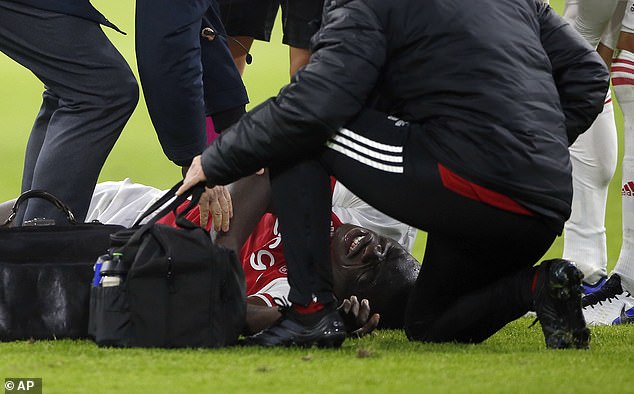 Midfielder Davy Klaassen squandered the best Ajax chance, shooting too close to Gollini, who saved well with an outstretched foot in the 75th minute.

Ajax were reduced to 10 men in the 79th minute when Ryan Gravenberch was sent off for his second yellow card after a foul on Alejandro Gomez.

As Ajax pressed forward in search of the victory, Remo Freuler won the ball in midfield and quickly passed to Muriel who rounded goalkeeper Andre Onana and slid the ball into the net 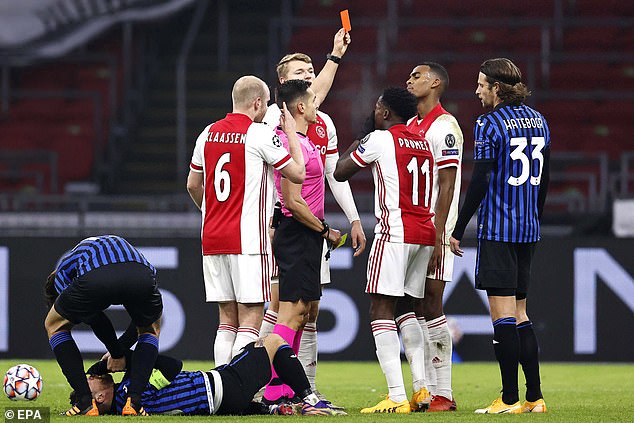