The AA suffered a 64 per cent slump in annual profit from £141million to £53million, its latest results reveal.

Investors at the roadside rescue and insurance group will see their total dividend for the year cut from 5p to 2p a share.

Chief executive Simon Breakwell said the reduction in profits was down to a strategic investment in the group’s long-term prospects.

Profit slump: The AA suffered a 64 per cent slump in annual profit from £141million to £53million

The group said its profit drop was a result of a £26million investment in its roadside and insurance business, adding that it was distorted by a £22million ‘non-cash adjustment for guaranteed minimum pensions equalisation’ and a pension credit of £34million in the previous year.

Membership numbers continued to fall, with paid personal memberships down 2 per cent to 3.21 million.

But, the AA said its major contract deals with businesses helped to offset sliding individual sign-ups.

The period also saw an unusually high number of breakdowns as the Beast from the East blew in.

The group said it attended over 3.73 million breakdowns last year, which was one per cent higher than the previous year and a three per cent increase from the average over the last five years.

Repair rates slipped from 77.3 per cent to 76.6 per cent, while the arrive time taken to arrive to a call-out came in at 43 minutes, down from 50 minutes a year earlier.

Commenting on the group’s results, Mr Breakwell said: ‘We recognise there is still a lot to do, but we are building from a position of strength as market leader in breakdown, with best in class customer service, a growing insurance business and a clear plan to differentiate the AA through digital capabilities and investment in connected car solutions.’

Full-year underlying earnings reached £341million, in line with previous guidance, while revenue ticked up to £979million.

Today, the AA announced that it had secured a new three-year contract with Admiral to offer roadside assistance to the insurer’s 4.3 million UK motor insurance customers.

Looking ahead, the company said it was ‘well-placed to deliver Ebitda growth’ in the current financial year and said it maintains its medium-term target of delivering a compound annual growth rate in group trading ebitda of between five and eight per cent by the 2023 financial year.

Emma-Lou Montgomery, of Fidelity Personal Investing’s share-dealing service, said the decision to invest for the longer term, at a time when the business was underperforming, was ‘a bold move, but a necessary one.’ 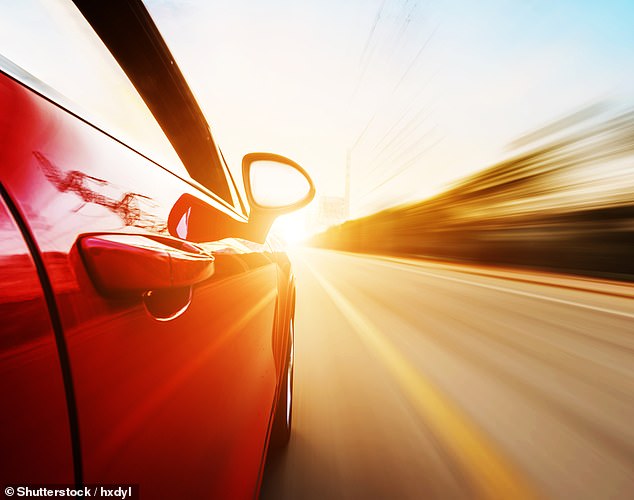 Breakdown central: The period also saw an unusually high number of breakdowns as the Beast from the East blew in

She added: ‘The task of broadening the AA’s appeal away from over-50s and to the millennial audience is the next focus if it wants to retain and grow its customer base.’

Meanwhile, Richard Hunter, head of markets at interactive investor, said: ‘There is certainly a great deal going on under the bonnet at AA, although by its own admission there remains much to be done.’

He added: ‘The challenges the company are facing are in plain sight. Competitor activity and regulatory pressures crimped growth, while such a transformation has inevitably slowed the business down.’

‘Net debt is being serviced, but nonetheless remains stubbornly high at over £2.7 billion, while the reduction in the dividend, albeit prudent, removes some of the attraction of the stock as the yield has slumped to 2.2 per cent.

‘It remains to be seen whether the progress being made is sufficient to entice new investors, but in the meantime share price volatility does seem guaranteed.

‘From an initial float price in June 2014 of 250p (let alone a subsequent high of 432p in March 2015), the current level of around 93p gives some indication of the enormity of the challenges ahead.

‘One element of the mix is unchanged, however – the market consensus of the shares is stuck at a hold, reflecting divided opinion on the company’s immediate prospects.’

Russ Mould, an analyst at AJ Bell, said: ‘You really need to be a debt expert to read results from roadside assistance provider AA properly. Its borrowings are around eight times earnings so understanding when certain debt is due and how the company has refinanced its balance sheet are highly relevant considerations.

‘To put this number in context, a ratio of between two and three times earnings is usually seen as a reasonable limit, depending on the type of company.’

War veteran reigniting campaign to get justice for retired expats who...

Pound rises against the dollar ahead of crunch Brexit vote