A couple have been forced to quickly plan their dream wedding after the groom was diagnosed with terminal cancer and warned he may only have six months to live.

Martins Konkins, 29, was diagnosed with a rare salivary gland cancer, which caused a golf-sized ball tumour to grow on his neck, in 2016.

The tumour left him unable to open his jaw but, despite being given the all clear, he was told the disease had returned and spread to his lungs last June.

After being given just six months to live at the time, Mr Konkins has outlived the worst-case scenario but still doesn’t know how long he will survive for.

He and his partner of eight years, Hannah Merrick, 26, are rushing to plan their wedding which was originally booked for 2020.

Martins Konkins, 29, wants to get married to his fiancée, Hannah Merrick, 26, before his terminal cancer, with which he was diagnosed in 2016, kills him 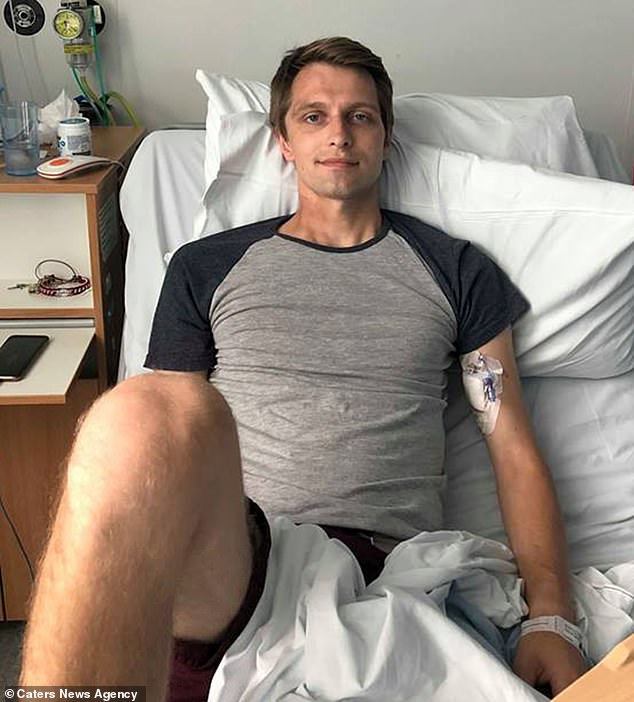 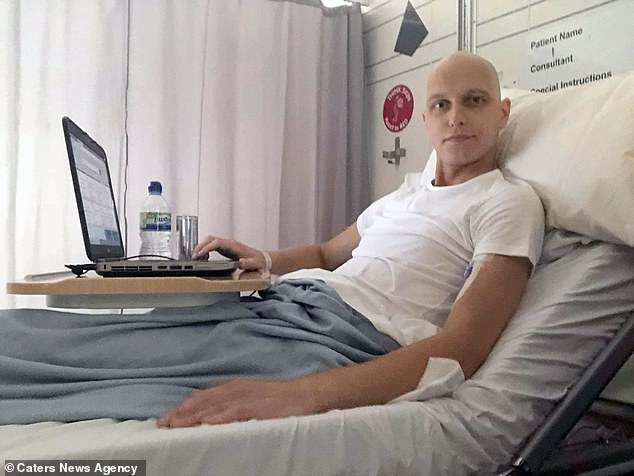 Miss Merrick, 26, from Ludlow, Shropshire said: ‘The whole way home we were in silence, what do you say? It was surreal. I just shut down.

‘I want to be with Martins for the rest of my life, I want a normal life with a happy and healthy husband – at least now I can make the happy part happen.’

The couple are attempting to live their life together to the fullest, and have brought forward their wedding plans under the looming shadow of Mr Konkins’s diagnosis.

The couple became engaged in June 2017 after a romantic trip to New York and had originally planned to get married in 2020, but they have now rearranged everything.

Mr Konkins said: ‘After what we were told, now my goal is the wedding.

‘When we got engaged we were looking at getting married in 2020, but after everything that has happened we were like “let’s do it in six months”.

‘We don’t really know what is going to happen. I know it’s short, but if the worst happens I have lived a great life and done as much a possible.

‘I sometimes get scared but I think I was more scared back in 2016 when I first got diagnosed with cancer.

‘I was 26 and I was just wondering what was going to happen, but if and when it happens, well, we had a great time.’ 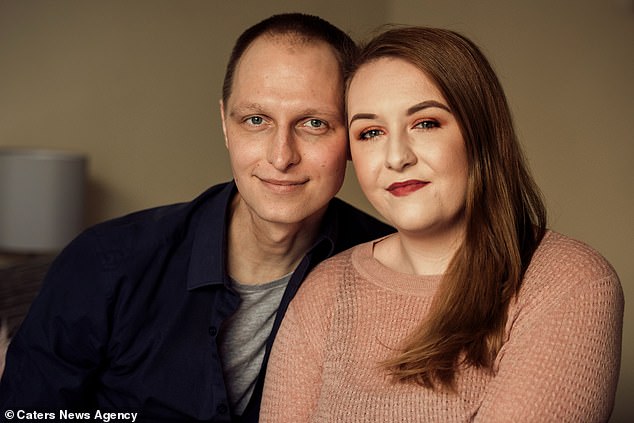 Mr Konkins said: ‘When we got engaged we were looking at getting married in 2020, but after everything that has happened we were like “let’s do it in six months”‘ 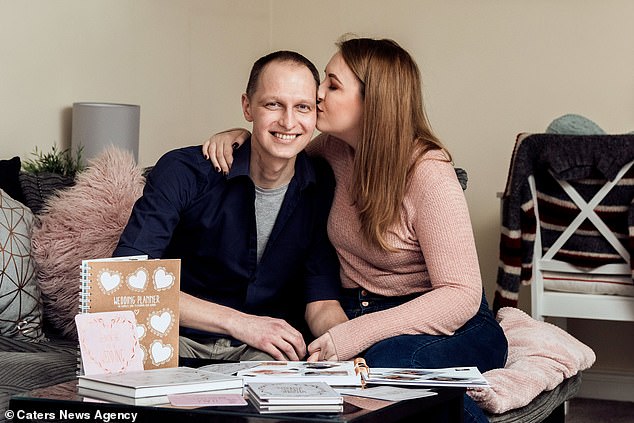 Miss Merrick, who got engaged to Mr Konkins in 2017, said: ‘I want a normal life with a happy and healthy husband – at least now I can make the happy part happen’ 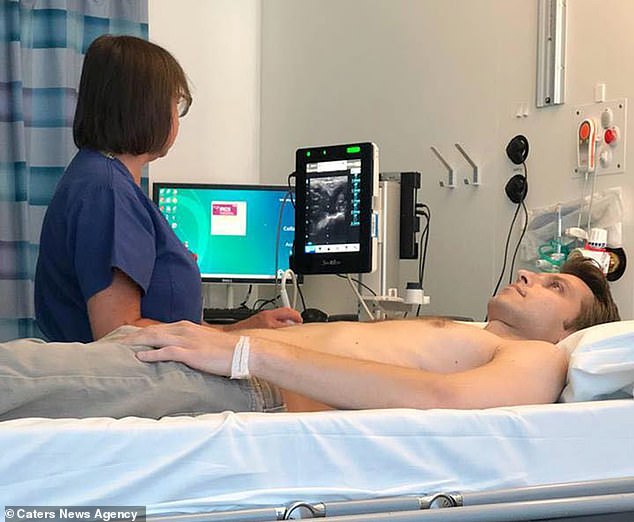 The couple had planned to get married in 2020 but, now unsure how much longer Mr Konkins (pictured in hospital) will live, they plan to get the ball rolling sooner

Parotid cancer grows in the salivary glands which are positioned along the jawline.

It can begin in any of the approximately 600 salivary glands in the mouth and tends to cause a lump or swelling in the face, numbness, or problems swallowing or opening the mouth.

Only around 720 people in the UK are diagnosed with salivary gland cancer each year, and it is most common in older people.

Mr Konkins, who works with his fiancée at a restaurant, had his original tumour removed but the disease has come back in the same place and spread to his lungs.

He said he’s ready to continue fighting as he wants to live a long life, but is also making the most of every day he has.

‘There’s no chance I’ll give up,’ he said. ‘I don’t sit at home and sulk or cry about it and I want to live my life.

‘There are a lot of bad sides, but you just need to find the good one.’

Miss Merrick added: ‘They can’t give a full prognosis, he is terminal and the form of chemotherapy he’s on is very strong.

‘There’s no words to describe what’s happened to it – the most I can do is try not to dwell on it, it’s just sad.’

WHAT ARE SALIVARY GLAND TUMOURS?

There are several types of salivary glands in and around the human mouth, and all can fall victim to benign or cancerous tumours.

The glands are where saliva is produced to lubricate the mouth and throat and to digest food.

The three types of salivary gland are the parotid glands, the submandibular glands, and the sublingual glands.

Tumours in the parotid glands – which are just in front of the ears – are the most common, making up about 70 per cent of salivary gland tumours.

Submandibular tumours are the second most common, accounting for 10 to 20 per cent of tumours – the glands are just below the jaw.

The sublingual glands are the smallest and are in the bottom of the mouth under the tongue – tumours starting in these are rare.

Champions League final is set to be CANCELLED if it cannot...

Woman infected with flesh-eating bacteria after a 10 minute swim