George Russell has become the third British driver confirmed for the 2019 F1 season after the 20-year-old signed a ‘multi-year agreement’ with Williams.

Russell, who is on the verge of becoming the 2018 F2 champion, will make his debut for the British team at the season opening Australian Grand Prix next year.

He becomes the third UK driver to be confirmed for the 2019 season, along with world champion Lewis Hamilton and new McLaren racer Lando Norris. 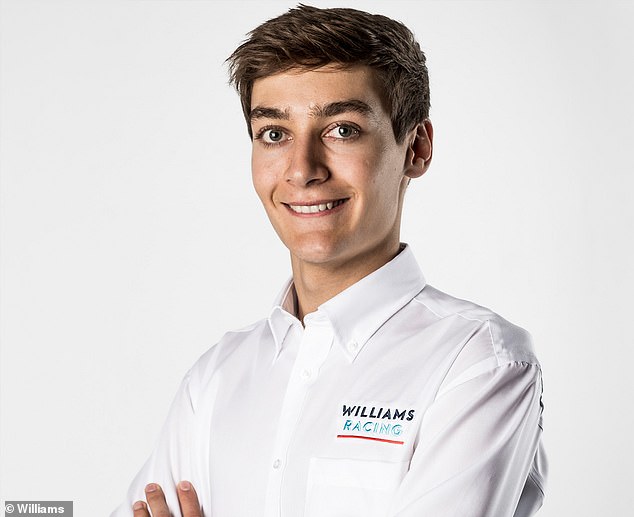 Russell said: ‘It is a huge honour to join a team of Williams’ prestige and heritage. Formula One has been a life-long dream. From watching the races when I was a child, it feels surreal that I will now be lining up on the grid, alongside drivers who I have admired for years.’

After starting his racing life in karting, Russell has enjoyed a hugely successful career in single-seater racing series.

He won the BRDC Formula 4 series at the first attempt in 2014, before winning the GP3 series in 2017 with two races to spare.

This season in F2 – regarded as a direct feeder series to F1 – he is 37 points clear at the top with one race left and 40 points available, with Norris in third place.

He has also served as a test driver for F1 world champions Mercedes this season, making him first reserve behind Hamilton and Valtteri Bottas. 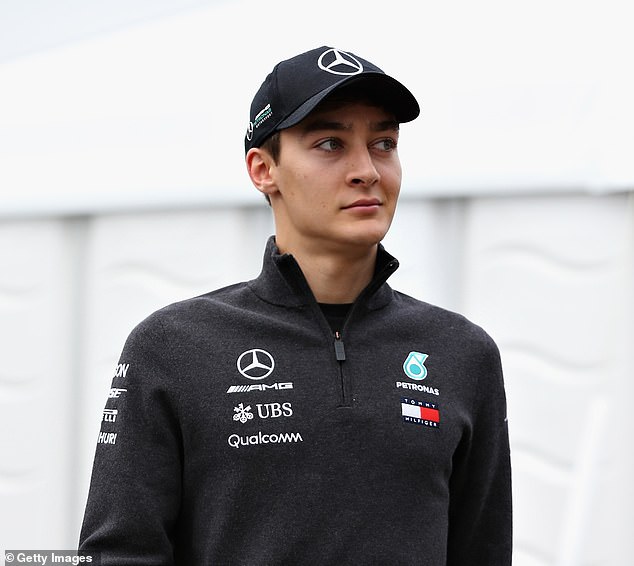 ‘He is already highly regarded in the paddock and a driver whose career we have been watching for a while.

‘In the time we have spent with him so far, we believe that he will be a great fit for our team; his commitment, passion and dedication is exactly what we need to drive the positive momentum building at Grove as we focus on the future.’ 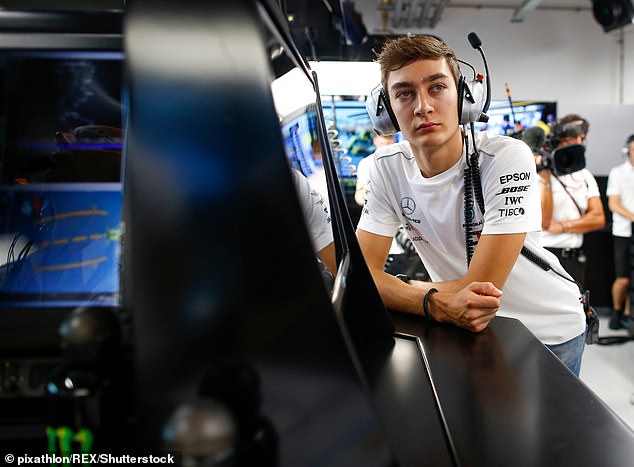 Russell becomes the third Brit confirmed for F1 in 2019, with Lewis Hamilton and Lando Norris

Williams were the only team not to confirm either of their drivers for the 2019 season before announcing Russell, and it remains to be seen whether Lance Stroll or Sergey Sirotkin are maintained in race seats for next season.

The Oxfordshire-based team, who have raced in F1 since 1977 and have won nine constructors’ championships, have fallen on harder times in recent years.

Currently they are last in the standings out of the 10 constructors, with just seven points all season and a best race finish of eighth, by Stroll in Azerbaijan.

Both Stroll and Sirotkin bring huge sponsorship deals from Canada and Russia respectively, but Williams may look to partner Russell with an experienced racer, such as 2018 test driver Robert Kubica.

Lee Duffy reveals how coronavirus left him fearing for his life