Football, as with all social life, is on hold indefinitely while the world tries to loosen itself from the horrifying grip of coronavirus.

Contemplating when the game we love will return is a pointless exercise with so much uncertainty around and, frankly, with more important things to worry about.

But, as we might dream of a better society when we are able to interact with each other once again, we can ponder what we would like to improve in the way football is played and organised.

With Champions League finals and European Championships’ pushed into insignifance by Covid-19, friendlies and minor cup competitions become totally irrelevant, and a spotlight is shone on football’s money-grabbing powerbrokers as we ponder a purer, streamlined game in the future.

Sportsmail has picked out 10 things we would like see happen when football eventually returns – whenever that is.

Juventus owner Andrea Agnelli, president of the European Clubs’ Association, is putting his weight behind a Champions League revamp which would see places awarded using coefficients that put far more emphasis on what a club has done in its entire history, rather than in the last season.

In short, he wants to protect European giants from losses of form and ensure that no ambitious smaller clubs can even dream of replacing them at the top table.

The plan flies in the face of the principle of sporting competition and of the very essence of the Champions League, which was set up as the European Cup to pit the best performers in the previous season’s domestic leagues against each other. That’s all it should be, nothing more, nothing less.

As Sportsmail‘s Chief Sports Writer Martin Samuel wrote earlier this month: ‘(Agnelli is a) creeping, crawling, self-serving, protectionist snake… He is a man without a single cell of feeling for sport or sporting integrity.’ 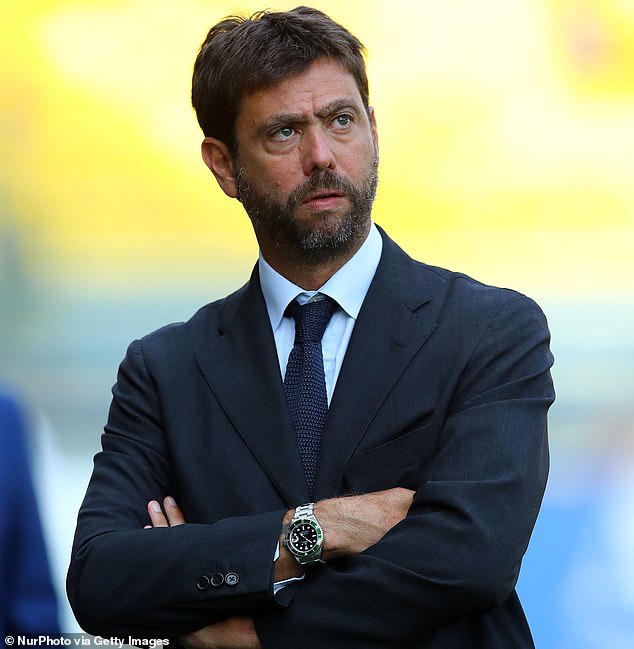 Before all football was postponed across Europe, we had a couple of weeks of matches being played behind closed doors – and it was horrible.

To watch PSG beat Dortmund in the Champions League with no fans present was a bizarre experience. Here you had two of the best teams on the continent slugging it out in a high-stakes knockout match in the biggest club competition in the world, yet it felt like a training match. Why? There was no atmosphere.

The matchday fan makes football what it is and without them the TV audience would slowly start turning off – yet they are being priced out of it by greedy club owners.

Most clubs have signed up to the ‘Twenty’s Plenty’ scheme for away Premier League tickets, but that should be enforced across all competitions, with home tickets capped at £40. 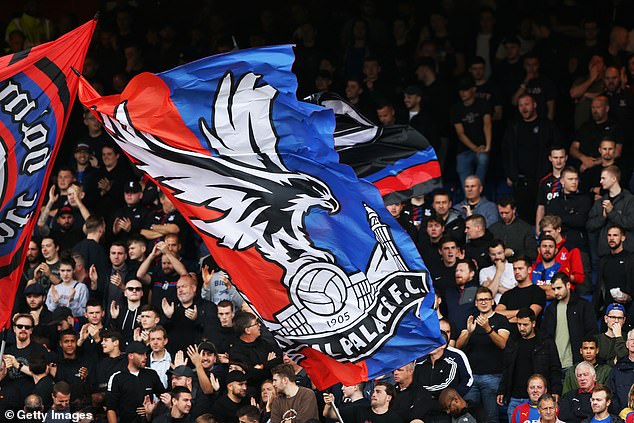 Before coronavirus obliterated football, one of the biggest talking points of the season was the packed fixture schedule, which came to a head in December when Liverpool sent out a youth team to play in the Carabao Cup.

When it eventually returns, fixture congestion will be even more pertinent with so many games to fit in.

One easy solution would be to scrap the Carabao Cup. France is the only other major European nation with two domestic cup competitions and they are scrapping their second one after this season.

Before the expansion of European competitions the League Cup served a purpose, now there is barely a logical argument for keeping it, with even Football League clubs sending out reserve teams and fans staying away. 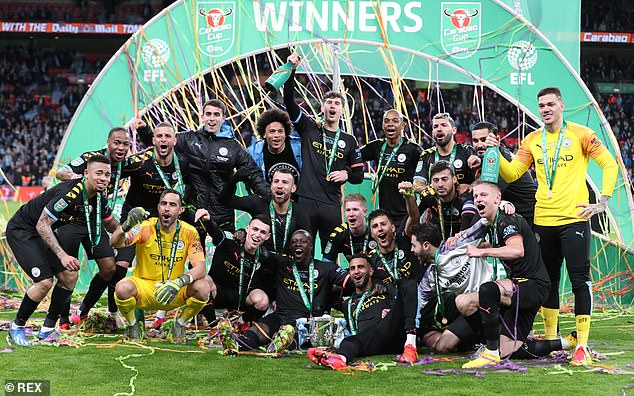 END FA CUP REPLAYS AFTER THE THIRD ROUND

While it’s hard to sympathise with League Cup loyalists, no football fan can deny the FA Cup its place on its pedestal given its status as the world’s oldest competition. And with the Carabao Cup scrapped, it would enjoy a renaissance too.

The replay is ingrained into the FA Cup’s fabric, with clubs splitting the gate receipts to potentially give non-league clubs and small Football League clubs a massive pay-day and a day out to remember.

But do we need them after the third round, when it is largely big clubs playing one another and any small club remaining has already earned a decent wedge? No. 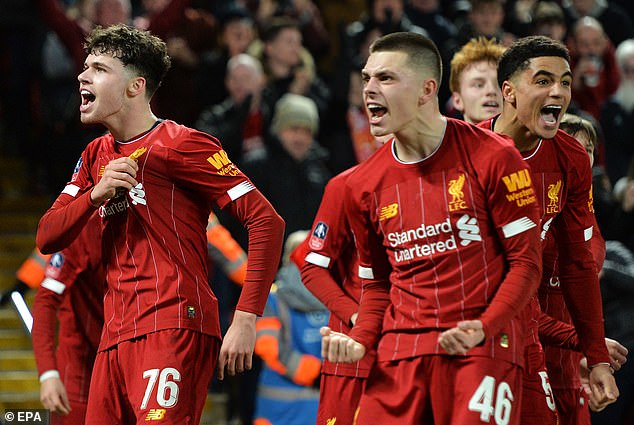 Now we move from the possible into the almost impossible. But the point of this is ‘what we’d like to see’, so let’s dream for a moment…

The ridiculous reality of the Qatar World Cup is creeping into view – a tournament played in the desert in winter with hardly any fans. Just imagine, for a moment, that FIFA president Gianni Infantino turns round and says, ‘you know what guys, this was a terrible idea from the start, let’s just ditch it now. Qatar, you can still have the Confederations Cup’.

With the Euros pushed back a year, football’s calendar desperately needs some breathing space and a World Cup 18 months later is certainly not what it needs, even forgetting for a moment that it’s in Qatar and how the bid was won. There are plenty of countries in Europe and the Americas who could stage a World Cup at short notice in summer 2023. And there might even be some fans at the matches. 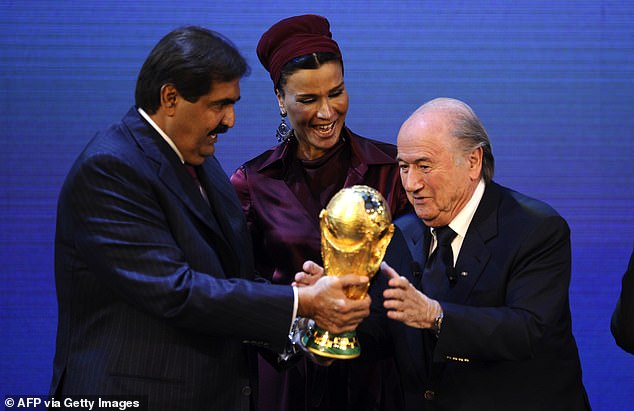 Continuing the theme of ridiculous World Cups, Infantino has decided to try to outdo his corrupt, disgraced predecessor Sepp Blatter by turning the World Cup into a 48-team event in 2026. The lunacy is dumbfounding.

The only logical reason Infantino has done this is surely to secure favour across the world when it comes to voting him in again. 32 teams works absolutely fine thank you, Mr President.

That man Infantino again. The FIFA president’s other grand plan has been to expand the Club World Cup – you know, that tournament nobody cares about but the winners – to 24 teams and host it in China next summer.

With the Euros being moved, it’ll surely have to be rearranged. Better than that, just keep it to a small knockout tournament in December. 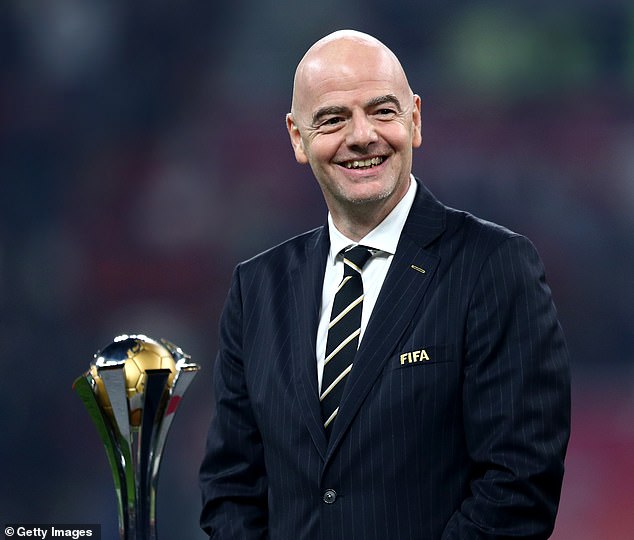 In a world where we must all think about cutting back on unnecessary travel, elite clubs must consider addressing their pre-season globetrotting. Even before coronavirus struck, managers were sick of having to drag their teams from continent to continent to please sponsors and accountants when players should really be resting. While we all miss it now, you can have too much football.

As mentioned above, it is pointless right now attempting to predict if or when the season might resume. What is not up for debate though, is that Liverpool are worthy Premier League champions for the 2019-20 season. Issues of relegation, promotion and European qualification are far murkier, but whatever happens, an agreement should be reached to hand Liverpool their first title for 30 years.

That is not because it is Liverpool, who this writer has no affiliation for, it is because there is a team that is 25 points clear with just nine games left of a 38-match season. They are the champions. 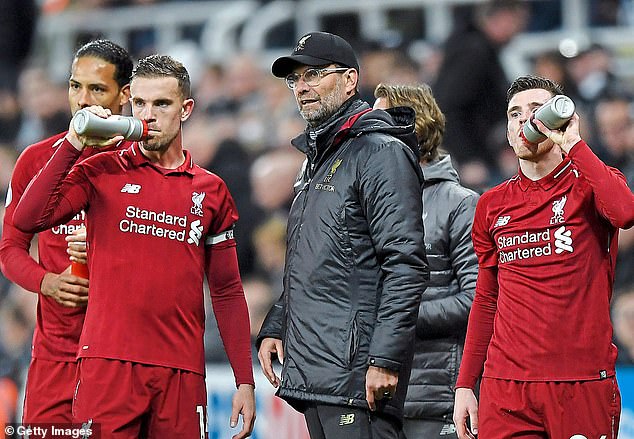 Since we’re in the realm of dreaming, let’s imagine a world where, in 16 months’ time, with coronavirus having been successfully booted into touch, Gareth Southgate delivers England’s first major trophy for 55 years with a young team playing vibrant, attacking football to unite a nation in the wake of a major crisis.

It is not impossible to imagine, and a little less fanciful than some of the ideas above. 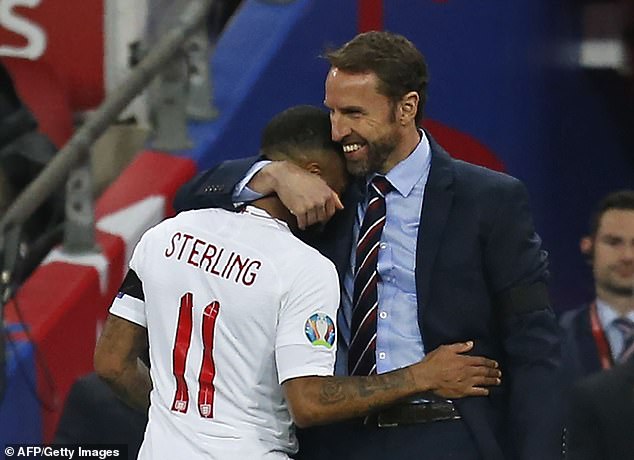 Brighton and Hove Albion: a correction

The key lessons Premier League can learn from the Bundesliga ahead...